Chance for Nadal to avenge Rome defeat against Schwartzman 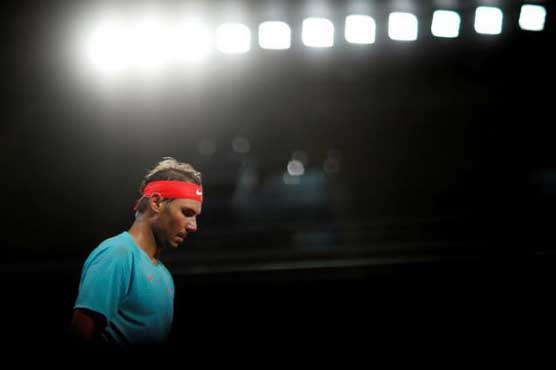 PARIS (Reuters) – Rafa Nadal gets the opportunity to avenge his only defeat in 10 meetings with Diego Schwartzman, which he suffered a little over two weeks ago, when Spain’s 12-time French Open winner faces the Argentine in the semi-finals at Roland Garros on Friday.

The Rome Masters was Nadal’s first tournament in seven months following the shutdown due to the COVID-19 pandemic and while the world number two was then striving to make his way back to match fitness, he is a different beast at Roland Garros.

The second seed, who is bidding to equal Roger Federer’s 20 Grand Slam titles, has only ever lost two matches at the claycourt major – to Robin Soderling and Novak Djokovic – and has yet to lose a set en route to the semi-finals this year.

“He’s coming with big confidence,” Nadal said of the 28-year-old Schwartzman, who is seeded 12th at the French Open.

“Two weeks in a row… He’s in the final in Rome, he’s in the semi-finals here. He beat me there. It’s a plus of confidence for him. I know that.

“I’m going to try to go on court, play my best, try to play my game, play aggressive, try to do something a little bit different than what I did in Rome, of course. Hope to be ready to play my best. That’s what I need.”

Nadal’s coach Carlos Moya has said the Spaniard learnt from the Rome loss and will be ready for the Argentine.

Nadal, 34, has complained about the cold weather at the rescheduled Grand Slam, which is usually held in May-June, the new balls being used for this edition and the late finishes.

But the unusual conditions have had little impact on his performances as he has dropped just 34 games in his five wins.

The 12th seeded Argentine was not too sure if his win in Rome would mean anything on Court Philippe Chatrier on Friday.

“If I see the history, I’m 10-1 down. I’m not sure if I’m going to have a lot of confidence,” he told reporters. “But I know this week that I can beat him. That’s the important thing.”