Mahira was given the award for her performance in the film ‘Ho Mann Jahaan’, which also won an award at the festival. 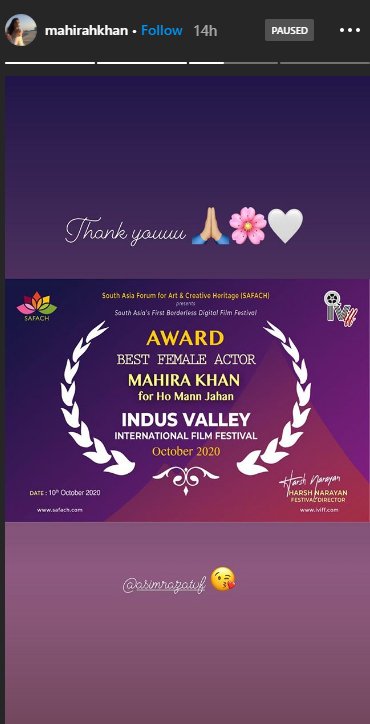 The first Indus Valley International Film Festival was organized by the South Asian Forum for Art and Creative Heritage (SAFACH). It is the first digital film festival of its kind to feature film screenings, workshops, master classes and musical concerts.

Yo Yo Honey Singh accused of domestic violence, cheating by wife Shalini