British sprinter CJ Ujah said he was “shocked” and “devastated” at the positive result of his doping test, claiming that he never “knowingly” took a banned substance.

“To be absolutely clear, I am not a cheat. I have never and would never knowingly take a banned substance,” said Ujah in a statement. “I am completely shocked and devastated by this news. I love my sport and I know my responsibilities both as an athlete and as a teammate.”

Ujah, 27, joined hands with Zharnel Hughes, Richard Kilty and Nethaneel Mitchell-Blake to win the silver medal in the men’s 4x100m relay final at the Tokyo Olympics on August 6. However, a test found the presence/use of muscle-building ostarine and S-23, two banned substances, in his system. 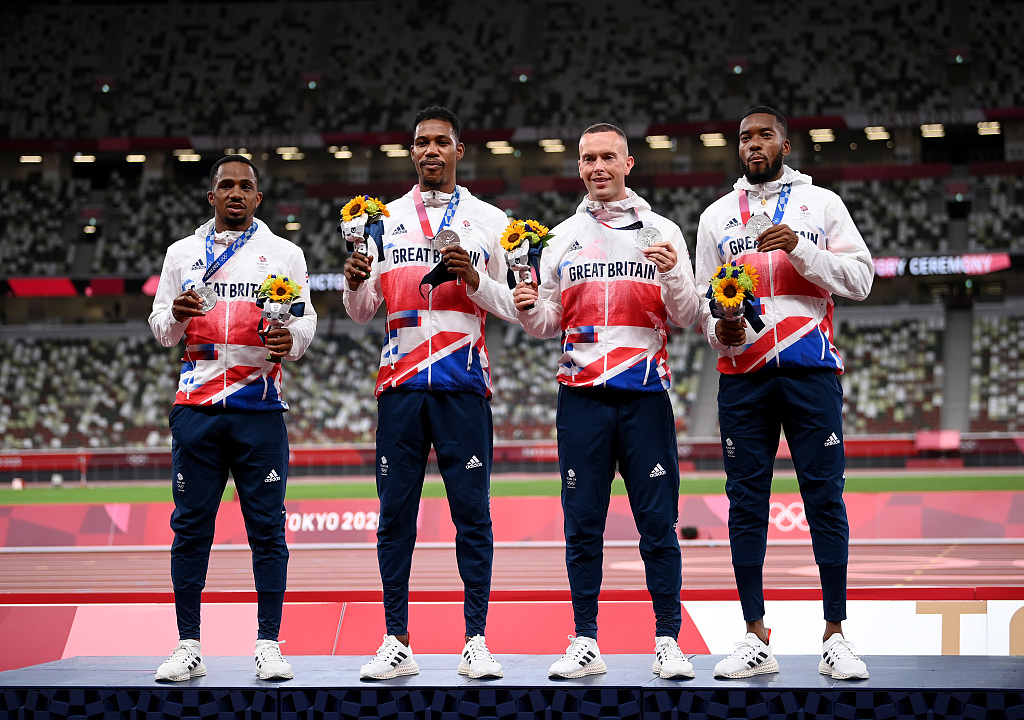 L-R: CJ Ujah, Zharnel Hughes, Richard Kilty and Nethaneel Mitchell-Blake of Great Britain pose with their silver medals on the podium at the medal ceremony for the men’s 4x100m relay final at the Tokyo Olympics, August 7, 2021. /CFP

The Adverse Analytical Finding (AAF) not only resulted in suspension for Ujah, but also may further strip Team Great Britain of the silver medal in the men’s 4x100m relay. If so, Canada would be promoted to silver and China to bronze.

“I am respecting the formal processes and will not be making any further comment until it is appropriate to do so,” said Ujah.

Before Ujah’s positive test result, many media outlets from both Britain and the U.S. questioned the gold-winning performance of Italian sprinter Lamont Marcell Jacobs in the men’s 100m final and men’s 4x100m relay. 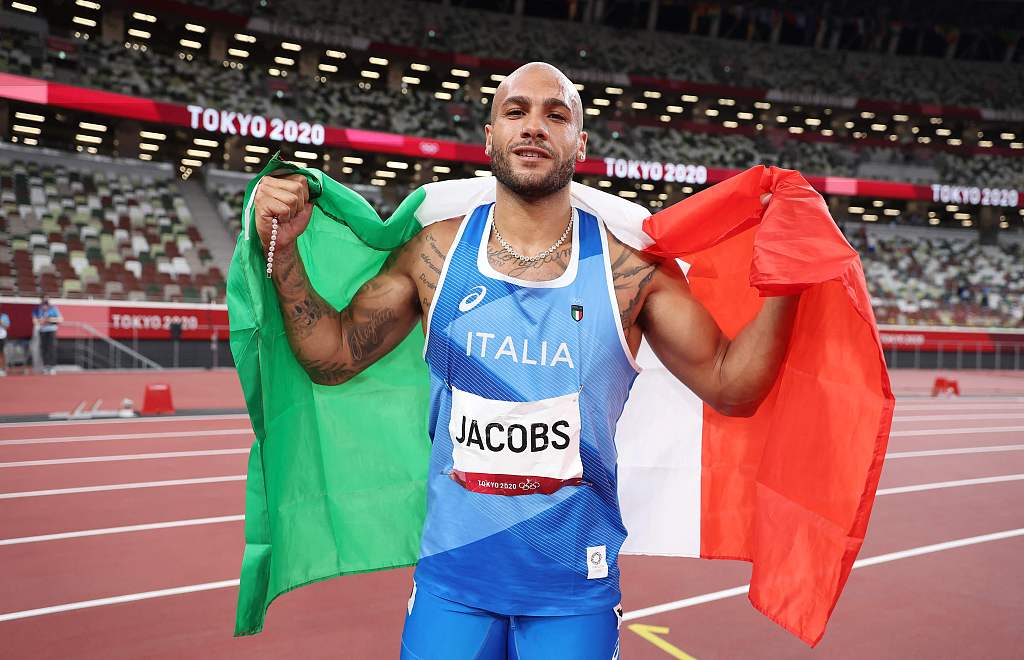 Lamont Marcell Jacobs of Italy celebrates after winning the gold medal in the men’s 100m final at the Tokyo Olympics, August 1, 2021. /CFP

When asked how he thought of Ujah’s positive doping test and suspension, Jacobs said it made him smile.

“The situation hasn’t touched me so much, I know the sacrifices and blows I went thorough to get here,” Jacobs told Italian newspaper Tuttosport. “Instead, I want to enjoy it 100 percent. Having seen the investigation into Ujah, I would say that perhaps it’s better [for the British] to look closer to home before attacking others. It made me smile.”