China on Tuesday said that it welcomes Taliban’s promises of the establishment of an open and inclusive government and reassured that it will continue playing a constructive role in the political settlement of Afghan issues.

Chinese Foreign Ministry spokesperson Hua Chunying made the statement at daily press briefing. The Taliban returned to power in Kabul on Monday after a military advance across Afghanistan.

Noting that China, as the biggest neighboring country of Afghanistan, would always respect Afghanistan’s sovereignty and territorial integrity, Hua reiterated that China will stick to non-intervention and friendly policies toward all Afghan people.

According to Hua, China has been maintaining close communication with all relevant parties in Afghanistan including the Taliban under the principle of mutual respect. It has always been playing a constructive role in the political settlement of Afghan issues, said Hua.

Chinese State Councilor and Foreign Minister Wang Yi urged the Taliban to stay committed to peace talks and pursue an inclusive policy during their meeting in China’s Tianjin Municipality on July 28.

After the major changes in Afghanistan’s situation, Wang also spoke with U.S. Secretary of State Antony Blinken and Russian Foreign Minister Sergei Lavrov to exchange views on the developments in Afghanistan.

The spokesperson highlighted China’s hope that the Afghan Taliban would stay committed to a moderate religious policy, an open and inclusive political arrangement jointly built by all parties and a friendly foreign policy especially toward neighboring countries so as to facilitate the reconstruction and development of the country.

We also hope the new Afghan government will make a clean break with all terrorist organizations to avoid the country once again becoming a platform for terrorism, Hua stressed, while vowing that China will maintain contact with all parties to realize lasting peace in the country as soon as possible.

Time for U.S. to reflect

Many U.S. media outlets such as the Washington Post compared the U.S. withdrawal from Afghanistan to the fall of Saigon in 1975 and pointed out that U.S. policies on Afghanistan were a total failure. U.S. President Joe Biden defended the pullout and insisted that it was “the right decision.”

When asked to comment on U.S. policies on Afghanistan and Biden’s remarks, Hua said she would leave the U.S. and its allies to decide whether American policy in the country was a failure.

But she expressed her astonishment at the messy situation at Kabul International Airport, where three were reported to have died after falling from the underside of a plane they were clinging to shortly after take-off. 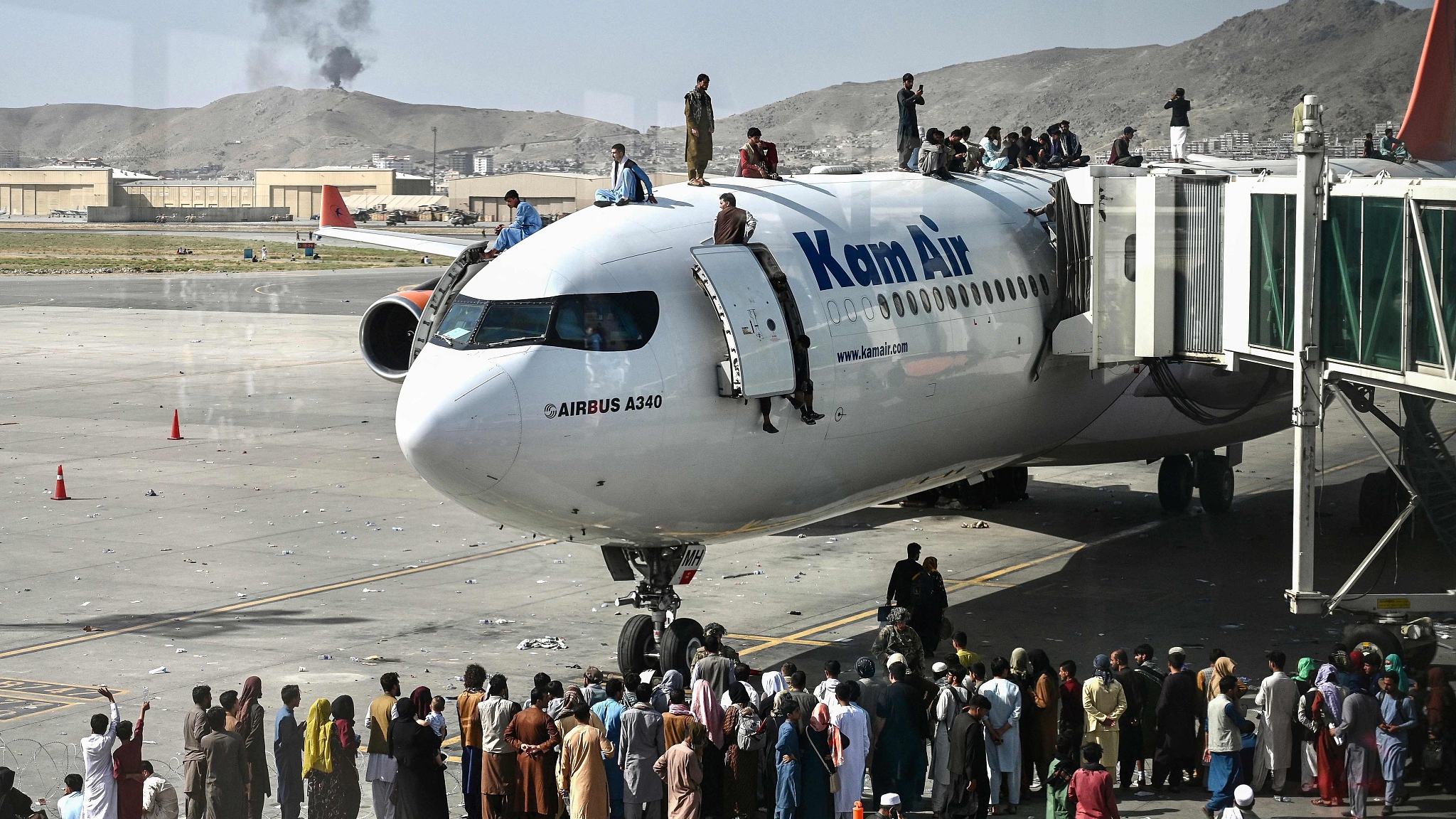 According to Hua, the U.S. launched the war in the name of counter-terrorism 20 years ago at the expense of over 2,400 soldiers’ lives and an economic loss of more than $2 trillion. Over that period, 100,000 Afghan civilians lost their lives under the bombardment of the U.S. and its allies, and 10 million people were displaced.

Meanwhile, the number of terrorist groups in Afghanistan rose from single digits to over 20. “Did the U.S. win the war? Did it bring peace to the Afghan people?” Hua questioned.

“I have noted that President Biden said the United States’ goal in Afghanistan is not to rebuild. That is, in fact, true. Because whether in Iraq, Syria or Afghanistan, we can see that wherever the U.S. military goes, turmoil, division, destruction are left behind. They leave a riddled mess. The strength and role of the United States is destruction, not construction.”

Military intervention and power politics are unpopular and will eventually lead to failure, Hua said, citing Wang’s words in his talk with Blinken. They cannot solve problems but will only create new problems.

In his remarks on Monday, the U.S. president also promised not to “repeat the mistakes of staying and fighting indefinitely in a conflict that is not in the national interest of the United States, of doubling down on a civil war in a foreign country, of attempting to remake a country through the endless military deployments of U.S. forces.”

Hua said she hopes the U.S. could reflect on its intervention policies and stop interfering in other countries’ internal affairs and destroying the peace and stability of other countries and regions under the name of democracy and human rights.