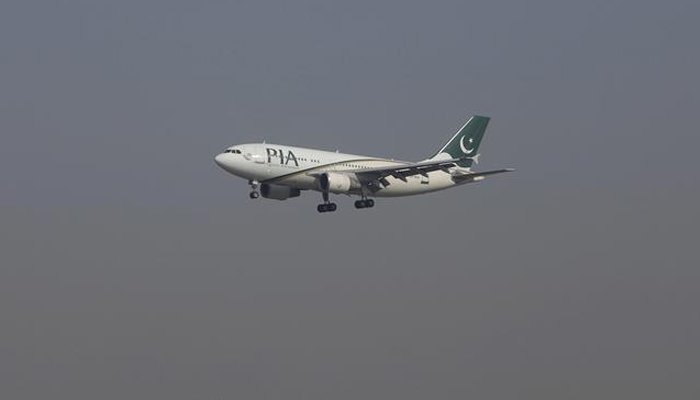 The aircraft, Boeing 777, was unable to fly back last night after it had left Islamabad and arrived in Kabul on Wednesday evening to bring back Pakistanis and foreign diplomats stranded in Kabul.

The PIA spokesperson, in a statement, said “this was the first international flight” to take off from Afghanistan after the Taliban had ousted the Ashraf Ghani-led government, as they took over the country in a lightning sweep.

“Pakistanis, foreign diplomats, and officials from important international institutions were aboard the flight,” the spokesperson said, with PIA chief executive Arshad Malik “personally overseeing” it.

The PIA administration was in contact with the flight crew and on-ground security personnel, the spokesperson said, adding Prime Minister Imran Khan and other high-ranking officials have been informed of the plane’s arrival.

The flag carrier’s staff in Kabul assisted people in getting to the airport and granting them permission to travel, the spokesperson said.

Malik greeted and lauded the plane’s crew on arrival, the spokesperson said, with the passengers on board the plane also praising the flight staff for their safe arrival.

A day earlier, sources had informed that the Kabul airport was closed for commercial flights for the last two days and that PIA’s PK-6249 flight was the sole one to arrive in the city.

The sources had added that permission from several agencies has to be sought before flying.

The International Federation of Airline Pilots Association (IFALPA) had also issued a notice yesterday that there is no air traffic service available at Kabul Airport, according to a safety bulletin seen by Geo News.

The notice to airmen will remain in effect till August 20.

The decision to send an airplane despite the NOTAM raised several questions.

It bears mentioning here that just three days ago, a PIA aircraft was able to miraculously fly back safely from Kabul to Islamabad after chaos descended at the airport, with swarms of people clinging on to a US military airplane in a desperate attempt to escape the country, as the Taliban took control of the capital.

With the sudden collapse of the Afghan government, the US military, which plans to evacuate more than 30,000 people by August 31, has taken over air traffic control and flight coordination at the airport.