One of China’s top envoys to the United Nations (UN) on Thursday called for continued efforts to fight terrorism in Afghanistan, so as to prevent the country again becoming a paradise for terrorists.

For 20 years since the war on terror in Afghanistan started, the threat of terrorism has not been eliminated, Dai Bing, the charge d’affaires at the Chinese Permanent Mission to the UN told the Security Council during a meeting in New York. Instead, the number of terrorist organizations in Afghanistan has increased from a single-digit number to more than 20, with close to 10,000 foreign terrorists in the country, he said.

Security Council committee monitoring teams have issued repeated reports this year, pointing out that terrorist organizations such as ISIL, al Qaeda, the East Turkestan Islamic Movement and the Pakistani Taliban, have multiplied and gathered in Afghanistan, Dai said.

The current situation in Afghanistan has undergone major changes and terrorist organizations are likely to take advantage of this chaos, he warned.

“Afghanistan must never become a paradise for terrorists again. We hope the Taliban will completely cut off ties with all terrorist organizations. All countries should cooperate with each other in combating all sorts of terrorism in accordance with international law and Security Council resolutions so as to bring a hope of peace to Afghanistan,” he said. 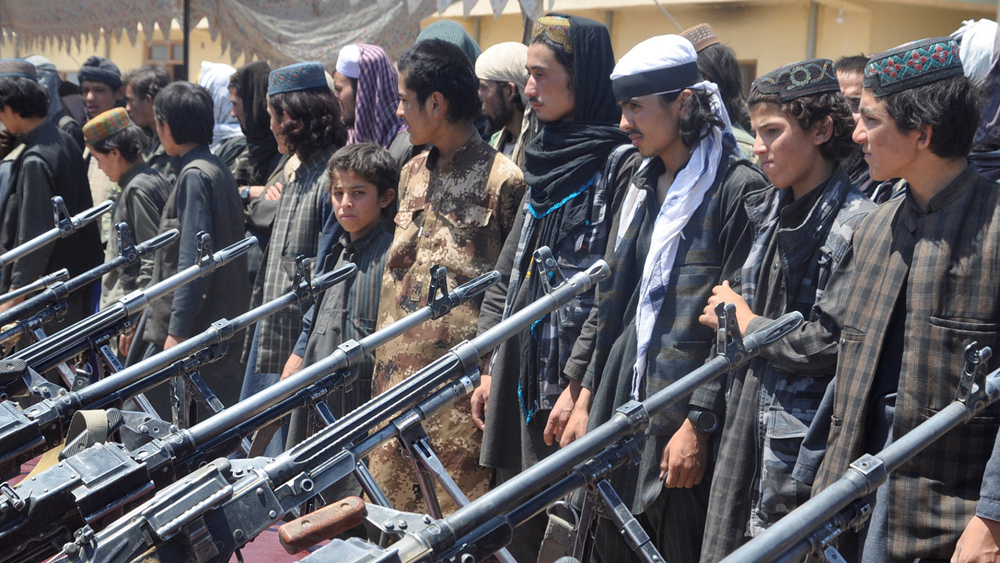 ISIL fighters who surrendered to Afghan forces at a ceremony in Sheberghan, capital of Jawzjan province, Afghanistan, August 2, 2018. /VCG

‘Terrorism is a common enemy’

“Terrorism is a common enemy of human societies and combating terrorism is a common responsibility of the international community,” Dai stressed at the meeting, urging countries to strengthen cooperation at national, regional and global levels by stepping up counter-terrorism efforts in early warning, counter-terrorism financing, travel restrictions, border supervision and intelligence exchanges.

In fighting terrorism, emphasis should be placed on the prevention and elimination of its root causes. Counter-terrorism measures should focus on long-term solutions by addressing both symptoms and root causes, he said.

It is important to stick to peaceful solutions through political means, and to assist member states in eradicating poverty, strengthening capacity-building, promoting sustainable economic and social development, and advocating mutual respect and harmonious coexistence among different civilizations, religions, and ethnic groups, Dai said.

Young people are susceptible to extreme ideologies. Therefore, special attention should be paid to strengthening youth education and employment in order to provide a favorable environment for their growth. Countries should carry out exchanges and cooperation on terrorism prevention and de-radicalization, such as vocational training and community correctional measures to help vulnerable countries strengthen their counter-terrorism capacity-building, he noted.

“We must be highly vigilant against terrorist forces using COVID-19 to instigate terrorist activities, and we must strive to solve outstanding problems, such as the abuse of the internet and emerging technologies by terrorists, diversification of terrorist financing channels, and the confluence of organized crimes,” Dai also said.

China will continue to actively work with counter-terrorism platforms like the United Nations, the Shanghai Cooperation Organization, and the Global Counter-terrorism Forum, and to strengthen exchanges and cooperation with all sides in a joint effort to respond to terrorist threats and maintain world peace and stability, he said.