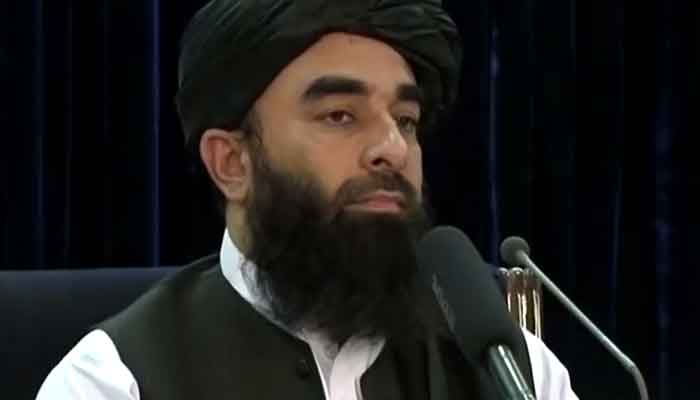 Taliban spokesman Zabihullah Mujahid has said that the economic future of Afghanistan rests chiefly in the hands of China after it agreed to help rebuild the war-torn country.

In an interview published by Italian publication La Repubblica , Mujahid was quoted as saying: “China is our most important partner and represents a fundamental and extraordinary opportunity for us, because it is ready to invest and rebuild our country.”

Following the swift Taliban takeover of Afghanistan, which culminated in the forces marching into Kabul on August 15, and the last of the foreign troops leaving the war-torn country on August 31, Western states have restricted aid to Afghanistan, in view of the political uncertainty.

Amid fears of an economic collapse and widespread hunger, the Taliban have indicated a formal government structure is on the horizon.

‘New Silk Road held in high regard by Taliban’

Mujahid said that the New Silk Road or the One Belt, One Road initiative, that seeks to link China with Africa, Asia and Europe through an enormous network of ports, railways, roads and industrial parks was held in “high regard” by the Taliban.

The initiative spans some 65 countries representing 60% of the world population and around a third of global gross domestic product. The China Development Bank has earmarked $890 billion for some 900 projects.

There are “rich copper mines in [Afghanistan], which, thanks to the Chinese, can be put back into operation and modernised. In addition, China is our pass to markets all over the world.”

Role of women in government

The Taliban spokesman also said that women would be allowed to study in universities, to work as nurses, in the police, or as assistants in ministries, but ruled out the possibility of female ministers.

The UN secretary-general has warned of a “humanitarian catastrophe” looming in Afghanistan, where nearly half the population needs assistance to survive.

“On the day Afghanistan enters a new phase I want to express my grave concern at the deepening humanitarian and economic crisis in the country and the threat of basic services collapsing completely,” Antonio Guterres said in a statement on Tuesday, the first day after the completion of foreign troop withdrawal from Afghanistan.

Due to drought, conflict and COVID-19, “18 million Afghans are food insecure and more than half of children under the age of five are expected to become acutely malnourished in the next year”, Voice of America reported.

The report added that for many families, food has become too expensive and other basic services are also out of reach.

“The humanitarian system’s commitment to stay and deliver will not waver,” Guterres promised.

The United Nations has been in Afghanistan assisting people since the 1960s.

CPEC’s ML-I is a strategic project of BRI