A Nobel Prize winner’s secrets of innovation and success The key to innovation in a country is to give young scientists independence, good funding and allow them to make mistakes in their research, Michael Levitt, the 2013 Nobel Prize Winner for chemistry, told CGTN.

He also shared some personal secrets as a successful scientist during an exclusive interview with CGTN on the sidelines of the 2021 Zhongguancun Forum that kicked off Friday in Beijing. Known as China’s silicon valley, Zhongguancun is home to many leading Chinese IT companies and start-ups.

Levitt was raised in a Jewish family in South Africa. Like many teenagers, he was bored at school when he was 15 years old. He started to date girls, play snooker, consume alcohol and even smoke. His mother was worried about him. But instead of blaming him, she decided to challenge him.

“I would pay for people to teach you privately over the summer holiday. And then at the end of the summer holiday, you will write your exam to leave school,” Levitt said recalling what his mother told him then. 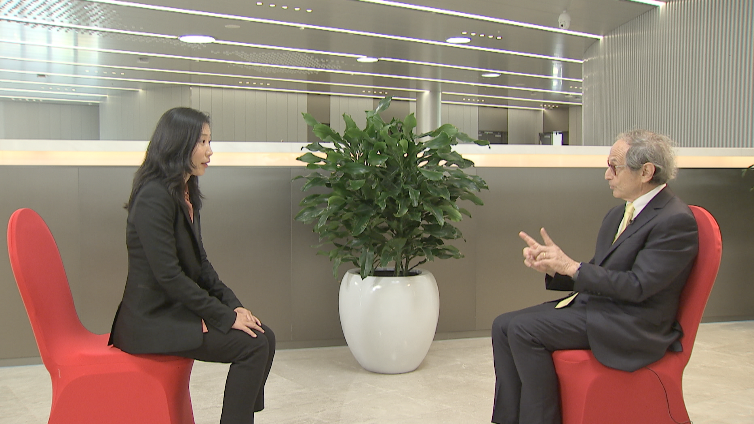 Michael Levitt, the 2013 Nobel Prize Winner for chemistry, speaks with CGTN on the sidelines of the 2021 Zhongguancun Forum in Beijing, September 25, 2021. /CGTN

With the private tutor’s help, Levitt passed the university entrance exam in three months and then went to the university at the age of 16 after jumping two years of high school education. He admitted this decision by his mother changed his life forever.

“She is a tiger mom,” he said fondly.

At an age of 106 years, Levitt’s mother still stays fit by exercising. “She is very determined and always pushing. I think that’s probably true in China as well. For education, usually the mother is the pushing force,” he said.

Education and family are important parts of Jewish tradition, which lays foundation of Levitt’s success. However, to excel in science requires more than that.

“It would be a big mistake to go into science so you can win the Nobile Prize … Many great scientists don’t win Nobile Prize. It’s a question of some luck. So you need to love doing the work,” Levitt explained his secret as a successful scientist.

He was awarded the Nobel Prize for Chemistry in his 60s, but his discovery that won the prize was made when he was 20 years old. He said being young means you dare try many things, because “when you don’t know something, you don’t know the difficulty.”

He said persistence in exploring the science research was motivated by the pure love on scientific work. “It’s like solving puzzles. Once you find the answer, you are the first person who ever understand the thing, and that’s a very exiting feeling.”

Therefore, Levitt advised young scientists to follow their passion and love in science. Finally, it is the passion, not the fame, that helps a scientist to explore the unknown world.

Established in 2007, the Zhongguancun Forum has developed into an international platform for science and technology exchange and cooperation. This year, the theme of the forum is “intelligence, health, and carbon neutrality.” Over 60 events are held, including seminars, exhibitions, research achievement releases and technology trading.