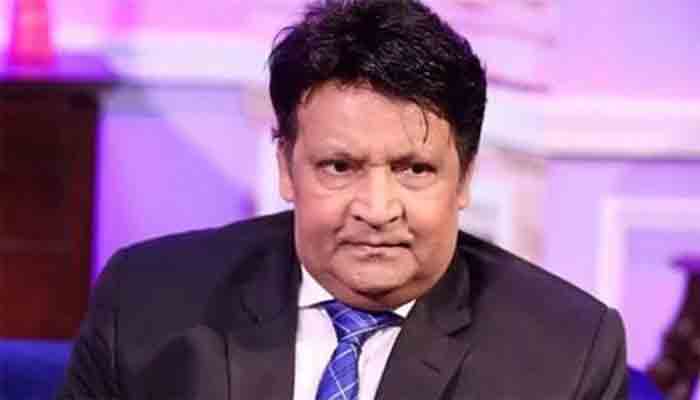 Pakistani comedian Umer Sharif has contracted pneumonia during his travel to the US, according to the team of doctors looking after him.

Dr Tariq Shahab, who has been looking after the ailing comedian’s medical arrangements, revealed that the actor has been diagnosed with the disease. He hinted that doctors have advised Sharif to be provided medical care for at least two days before he resumes travel to the US.

“Umer Sharif will undertake the rest of the journey only after the doctors in Nuremberg allow it,” said Dr Shahab.

On Tuesday, Umer Sharif had left for the US via Germany by air ambulance for medical treatment. His wife, Zareen Ghazal, was also accompanying him.

Dr Shahab had said Sharif would be kept in Germany for a day before he is taken to the US.

He told journalists that Umer Sharif will stay in Germany for one day and will resume his journey to the US on Wednesday morning.

Sharif had been shifted to a local hospital in Germany due to fever after getting tired of over seven hours of travel.

Umer Sharif was undergoing a medical checkup and his fresh tests were being taken at the hospital, Dr Shahab had said, adding that these arrangements were being made by the ambulance company.

Meanwhile, his wife, Zareen Ghazal, has been given an emergency visa in Germany so as he could visit him at the hospital.

Giving details, Zareen Ghazal had said that they contacted the police in Nuremberg to get the emergency visa. After legal formalities, the authorities issued her an emergency visa, Ghazal had said, adding that now she was going to the hospital to meet her ailing husband. She further said that Umer Sharif’s condition is slightly better.

Meanwhile, Pakistani mission in Germany has assured every possible assistance to the legendary comedian during his treatment.

Consul General Zahid Hussain visited the hospital on the instructions of the Ambassador Dr Mohammad Faisal and met his wife assuring her of all kind of support needed.