Serbia and Kosovo reached an agreement on Thursday to end a tense standoff at the disputed border between them, European Union envoy Miroslav Lajcak has said.

The two neighbors were at loggerheads for more than 10 days after Kosovo banned vehicles with Serbian registration plates from entering the disputed territory – Serbia has been doing the same for vehicles travelling the other way for years.

After Kosovo dispatched special police units to oversee the ban’s implementation, local Serbs rebelled and blocked the roads leading to the border. Serbia then responded by deploying armored vehicles close to it. 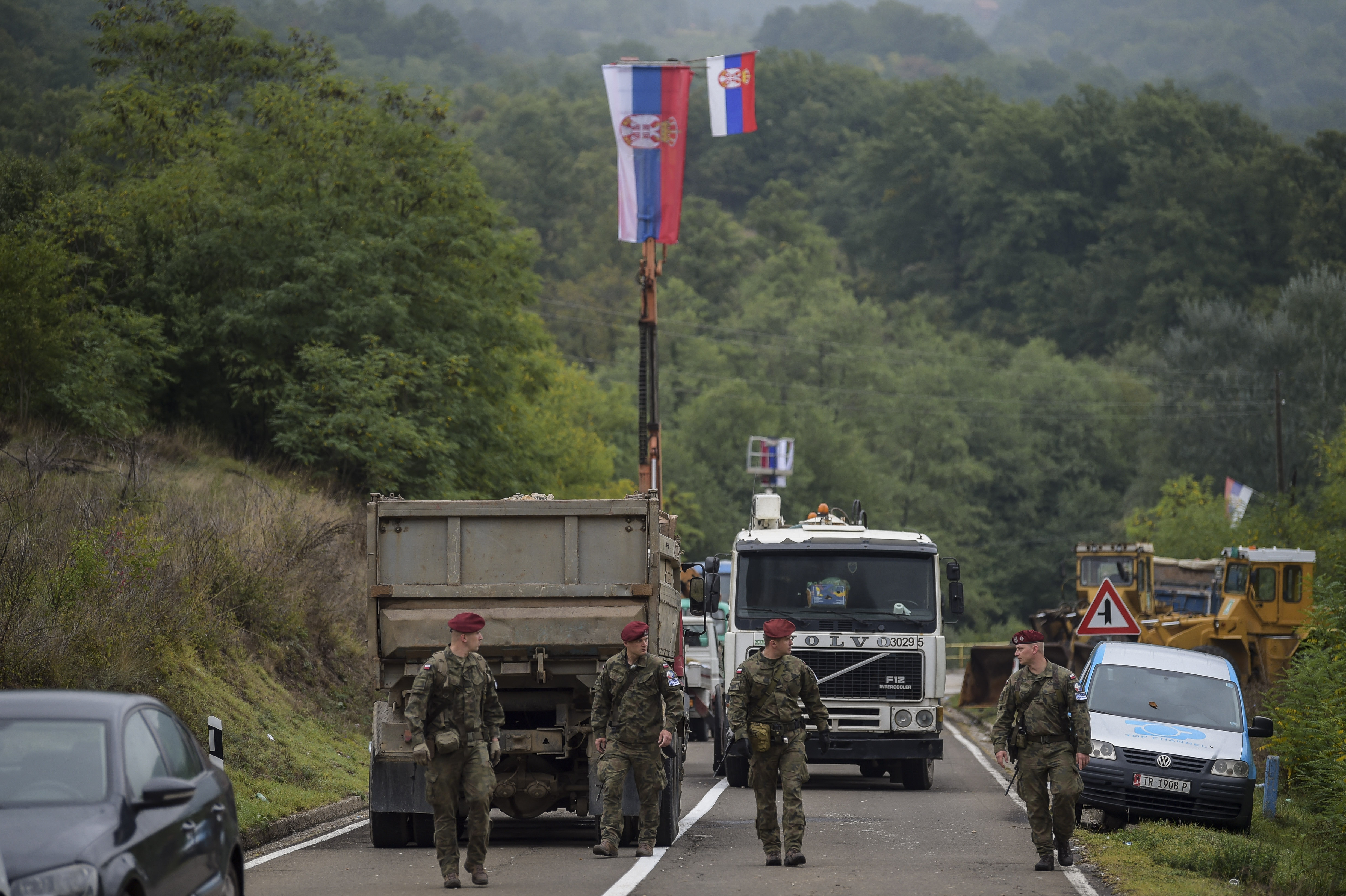 NATO soldiers patrol near the border between Kosovo and Serbia in Jarinje on September 28. /Armend Nimani/AFP

According to a European Union-brokered deal struck in Brussels, Kosovo agreed to remove the special police units by Saturday and the local Serbs agreed to dismantle the barricades. NATO-led peacekeepers from the KFOR mission will also be deployed at the border for two weeks.

Both sides also agreed to a provisional solution for set number of vehicles allowed entry until a permanent compromise is reached.

“We have a deal! After two days of intense negotiations, an agreement on de-escalation and the way forward has just been reached,” Lajcak tweeted.