On September 11, 2001, a series of deadly terrorist attacks on U.S. soil petrified the world. To avenge the attacks, the U.S. started the War on Terror, invading Afghanistan to destroy al-Qaeda and the Taliban, who refused to hand over Osama Bin Laden. The U.S. soon toppled the Taliban government. Nevertheless, on the 20th anniversary of 9/11, the U.S. must face the fact that the Taliban have reclaimed Afghanistan while U.S. troops have hastily evacuated from the country. 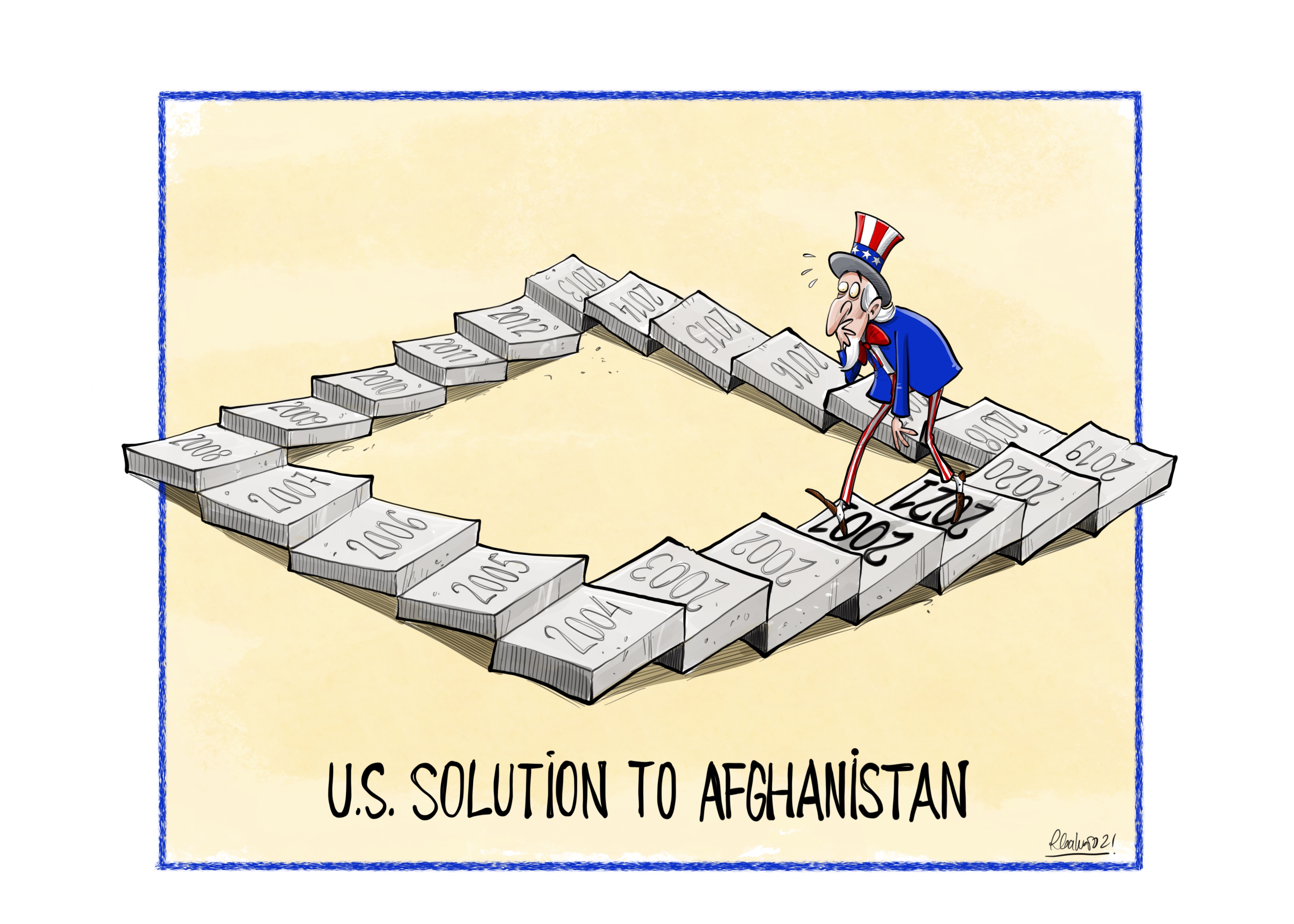 It started as a war on terror. However, 20 years later, the number of terrorist groups within Afghanistan has risen. What the U.S. brought to Afghanistan is a complete humanitarian disaster: over 30,000 civilians were killed, more than 60,000 were injured and an estimated 11 million have become refugees as a result of U.S. military operations. 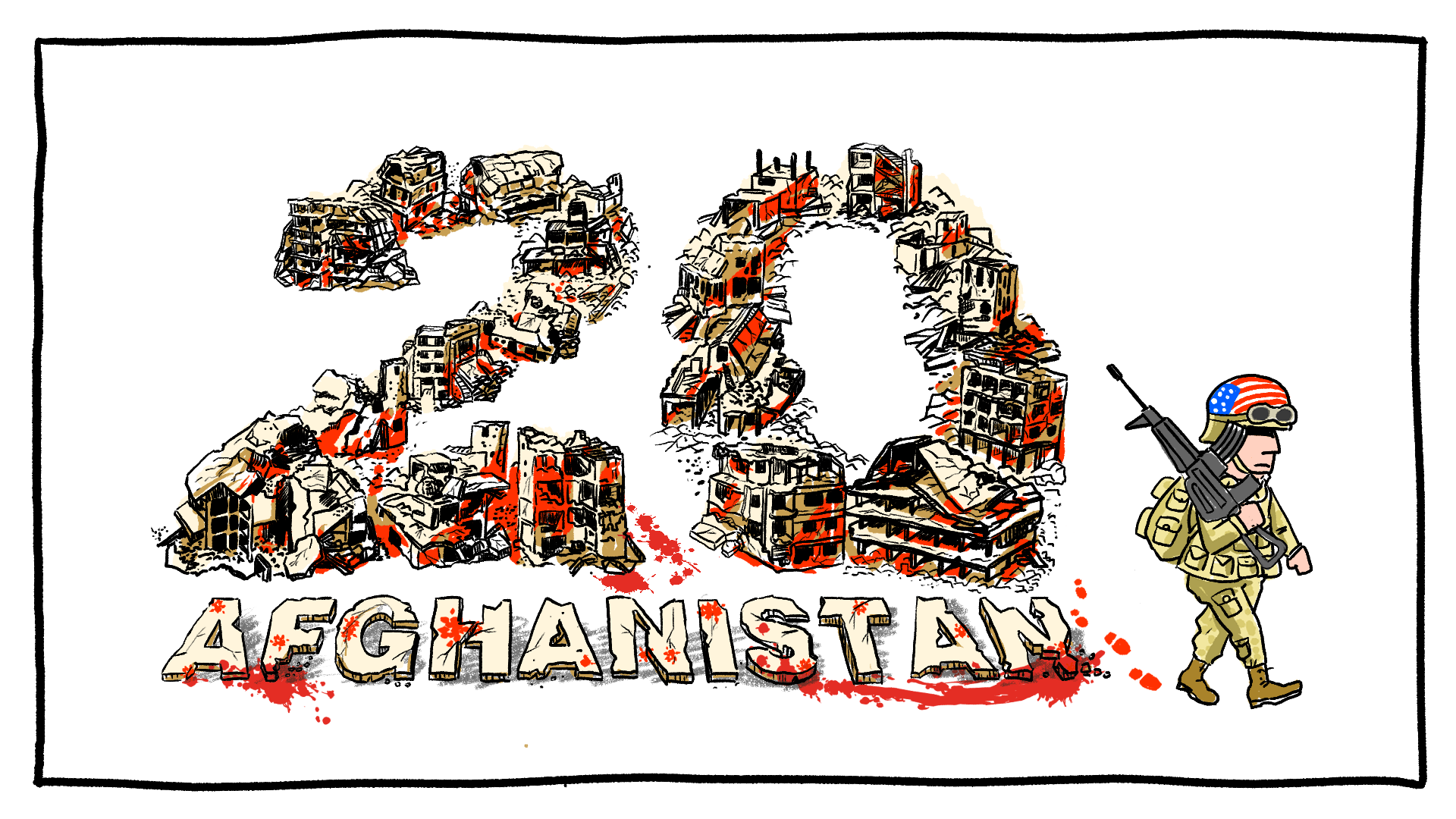 The 20-year war fought under four presidents was riddled with contradictions in policy: In 2002, then President George Bush explicitly claimed that the U.S. would be partners in rebuilding Afghanistan; in 2021, President Joe Biden said, “Our mission in Afghanistan was never supposed to have been nation building.” 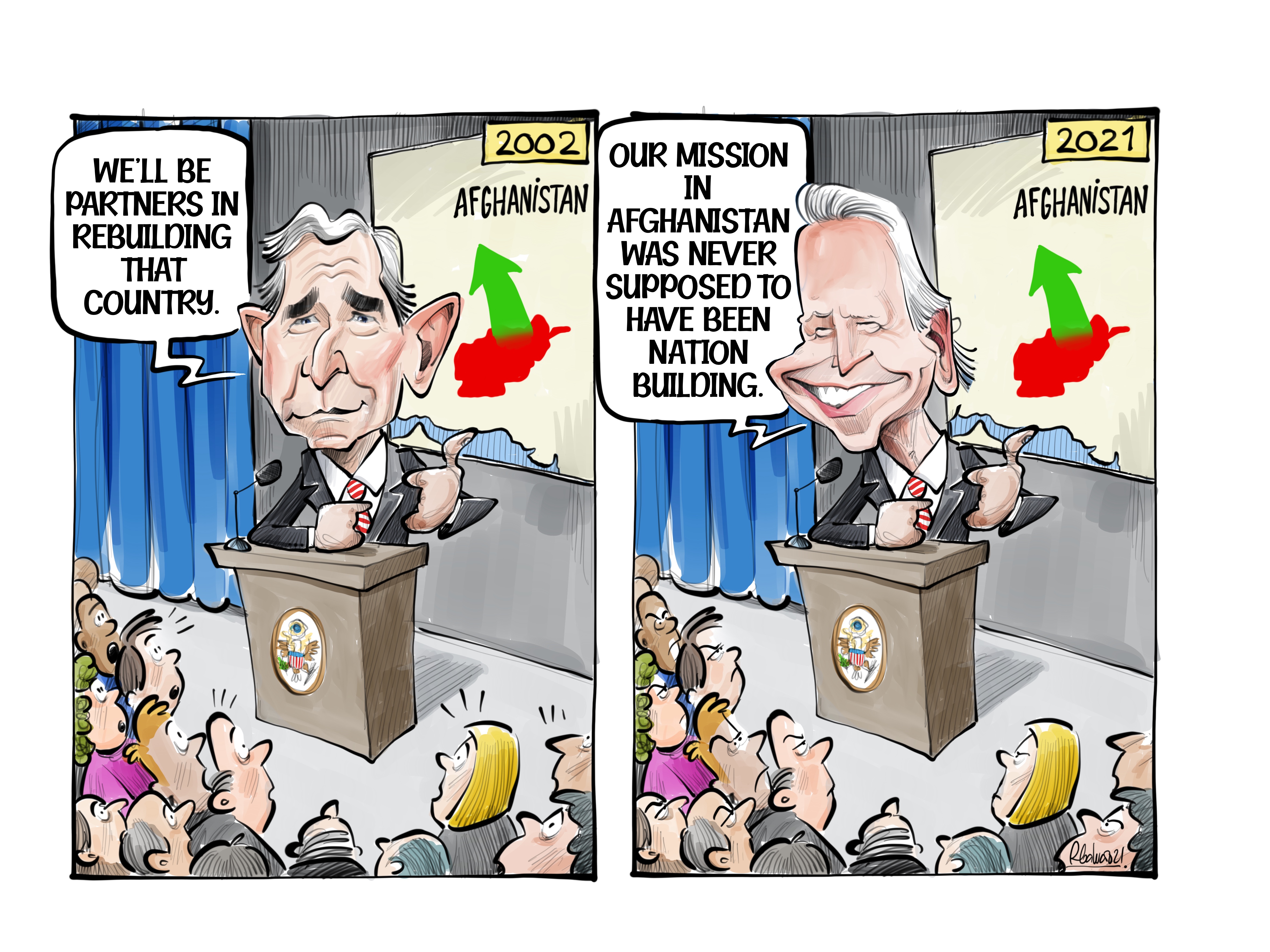 A purpose lost or lost on purpose? /CGTN Cartoon

It’s understandable that a war on terror is in the U.S. national interest. But it’s confusing why the U.S. spent as long as 20 years and over $2 trillion on the democratic rebuilding of Afghanistan, only to end up evacuating in a rush. As a land never conquered by Great Britain or the Soviet Union during the 20th century, Afghanistan has once again proven its reputation as the “Imperial Cemetery,” this time to the U.S. 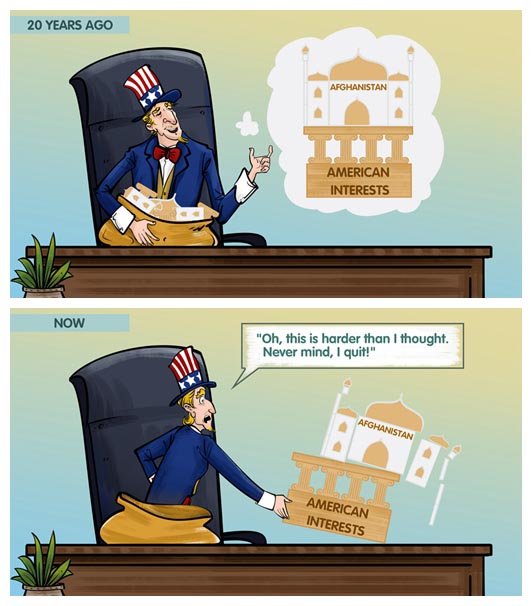 Besides Afghanistan, Iraq and Syria also suffered from U.S. attempts at a democratic transformation. In 2003, the Bush administration invaded Iraq on the pretext of the country possessing weapons of mass destruction. Since the Syria crisis in 2011, the U.S. government has never stopped instigating rebel forces against the Syrian government, and blatantly interfering in the country’s internal affairs. 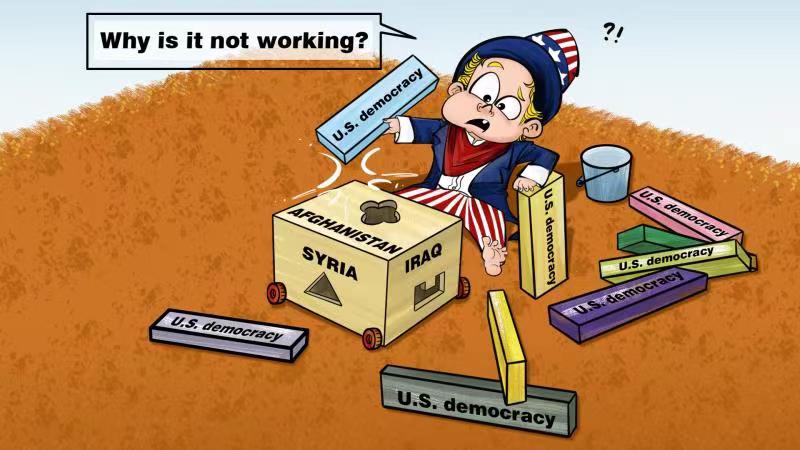 Biden once said, “America is back!” Well, that’s true. It’s back, but to “square one,” after having been mired in the so-called War on Terror for 20 years. 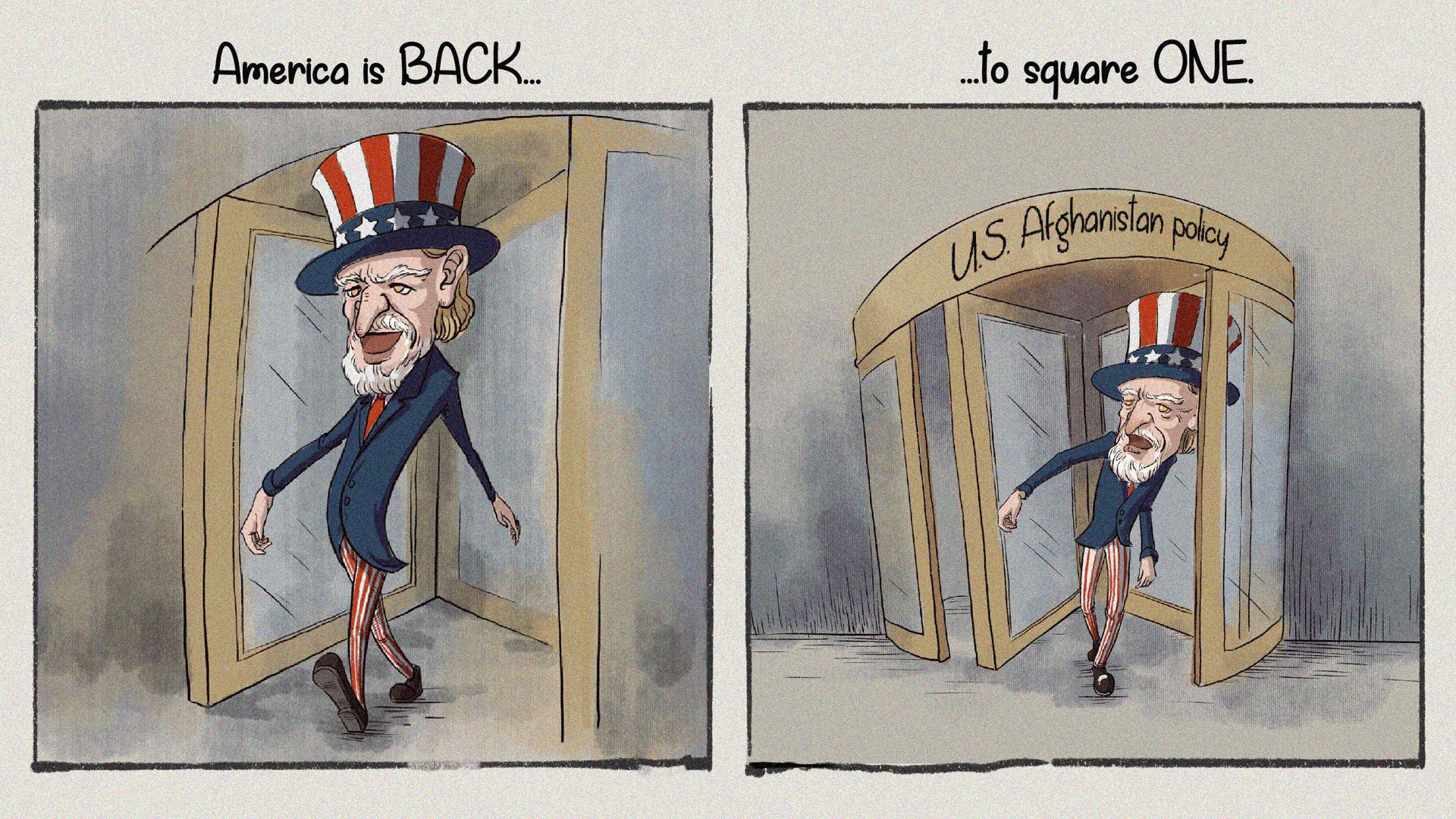 America is back to square one. /CGTN Cartoon