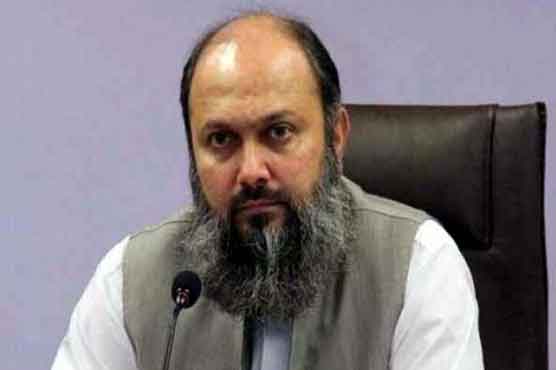 The ongoing political crisis intensified in Balochsitan as angry lawmakers submitted no trust motion against CM Jam Kamal. However, 14 provincial lawmakers signed on this no-confidence motion.

Addressing a press conference along with other members after submitting no-confidence motion, Zahoor Buledi said that 14 lawmakers signed on the motion, adding that the majority members of Balochistan Assembly have expressed no confidence in Jam Kamal Khan.

“The Balochistan Assembly speaker should summon session immediately and present a no-confidence motion. “We again warn CM Jam Kamal to resign himself,” he said.

It is pertinent to mention here that Jam Kamal had announced that he would not resign for his post no matter what. “I will continue my struggle and will not resign on the call of 12 people,” he added.

Chief Minister Jam Kamal Khan had said that the journey of development and prosperity of the province could not be stopped due to a few angry people. He had redoubled efforts to safeguard his rule over the province amid a political crisis that has seen at least three anti-Alyani ministers resign so far. The CM has gone on a spree of meetings with provincial ministers, assembly members, senators and allies.

Meanwhile, Opposition Leader in Balochistan Assembly Malik Sikandar Khan Advocate said that the government has done all undemocratic acts with the opposition for the last three years. “Tensions arose within the ruling party from May. Opposition is being discriminated at every turn. A no-confidence motion was filed on September 14. The chief minister does not have a majority. Jam Kamal s statement does not qualify to be called chief minister.”

According to the details, a meeting of angry members of BAP was held in which all the disgruntled members including Speaker Abdul Quddus Bizenjo participated.

The angry lawmakers adopted a stance that they could not work with the chief minister. “CM Jam Kamal will not be given more time and he has lost the majority,” they added.