According to statement issued by the Foreign Office, the foreign minister referred to the deep historical and cultural ties between the two countries, and thanked the Kyrgyz side for its active support for Pakistan’s membership for the SCO.

Both the sides reviewed bilateral ties and examined the prospects of cooperation in diverse areas, including political, economic, regional connectivity and people-to-people contacts.

The two sides agreed on the need to increase mutual trade and comprehensively upgrade bilateral cooperation in all fields. They also noted that it was important to enhance land and air connectivity.

Issues related to the welfare of Pakistani students and expatriates were also discussed. Both the sides expressed satisfaction at their ongoing collaboration at the regional and international fora.

Foreign Minister Qureshi apprised his Kyrgyz counterpart of the steps being taken by the Government of Pakistan to save lives and secure livelihoods in the wake of the COVID-19 pandemic.

He briefed his Kyrgyz counterpart on evolving peace and security situation in the region, and Pakistan’s efforts for promoting peace and stability in Afghanistan, Pakistan-India relations and human rights violations in the Indian Illegally Occupied Jammu and Kashmir.

The two foreign ministers agreed to remain in close contact to further strengthen joint efforts for enhanced cooperation in all spheres of common interest.

The FM also held meeting with Chinese Counterpart Wang Yi on the sidelines of the Shanghai Cooperation Council meeting in Moscow. 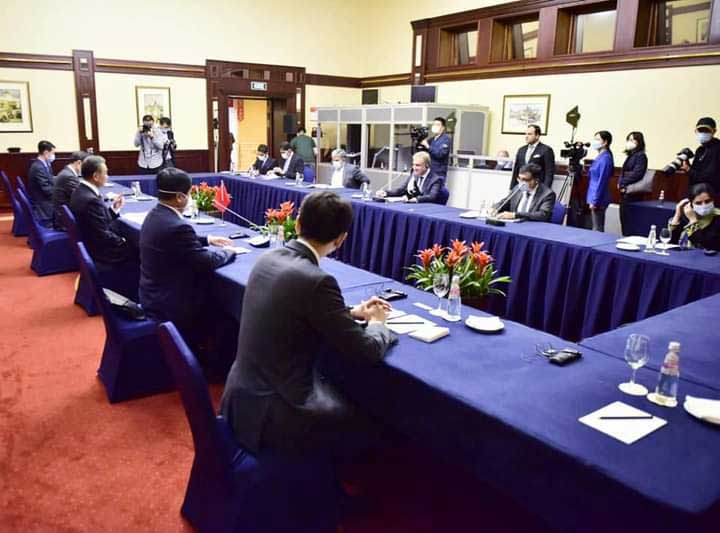 During the meeting Qureshi said Pakistan and China are reliable strategic partners for peace and stability in the region, and this partnership is growing day by day.

The foreign minister said promotion of regional connectivity, establishment of peace and stability and enhancing people to people contacts are the common objectives of belt and Road Initiative and SCO.